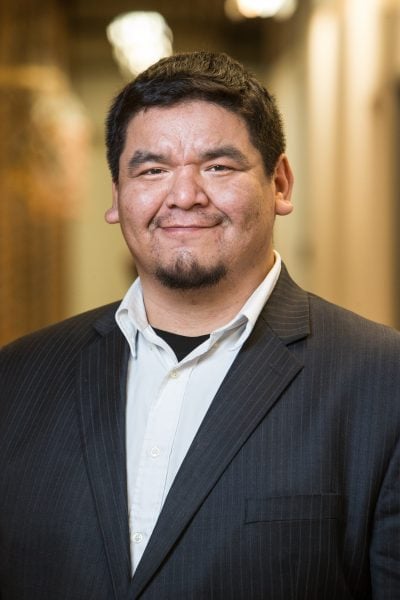 Chancillor is Ojibway from Slate Falls Nation in northern Ontario. He was born in the town of Sioux Lookout and has spent most of his life in Slate Falls and Sioux Lookout. Chancillor’s parents are former residential school students, as well as community and social leaders. After high school, with a young family, Chancillor returned to Slate Falls to find employment and served in various roles. He was as elected band councillor and, in 2014, he became Slate Fall’s Education Director. While serving in this role, many doors were opened to him and education became a passion of his, as he saw it as a way to affect change in his community’s school, that benefited children directly. Chancillor strives to contribute in any way he can, personally, socially and professionally. He believes in openness, transparency, as well as mutual respect, acceptance, and understanding in every avenue of life. Chancillor brings to Teach For Canada a northern perspectives as a student, parent, and leader.

Outside of work, Chancillor is an avid fisherman and outdoorsman. He enjoys carving, drawing, hockey, and baseball. While continuing to broaden his experiences, Chancillor raises his young son as a single father.