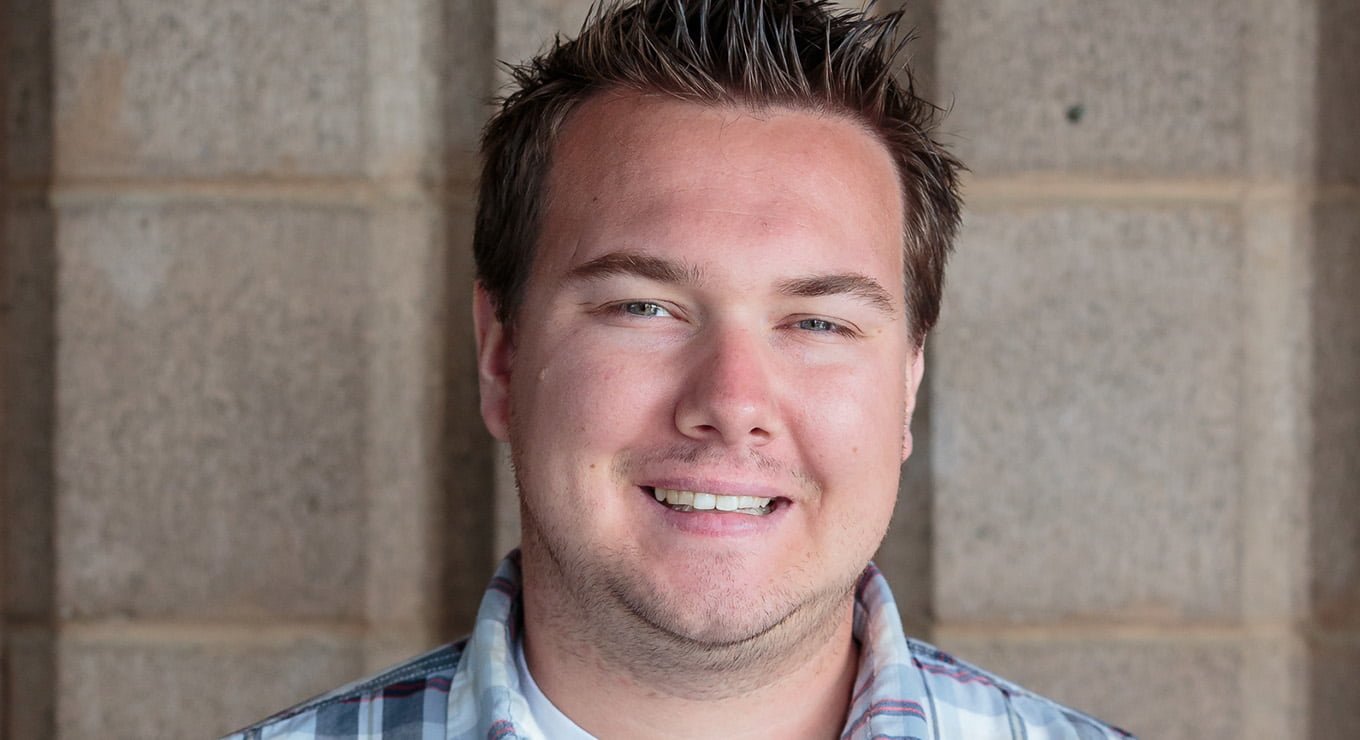 Since the fall of 2016, Kurtis Hansen has been teaching Kindergarten in Big Grassy River First Nation. Before going to teach in the North through Teach For Canada, Kurtis taught in the United Kingdom. Kurtis holds a Bachelor of Arts (Hons) and a Bachelor of Education from Laurentian University. He is originally from Greenwood, Pickering. 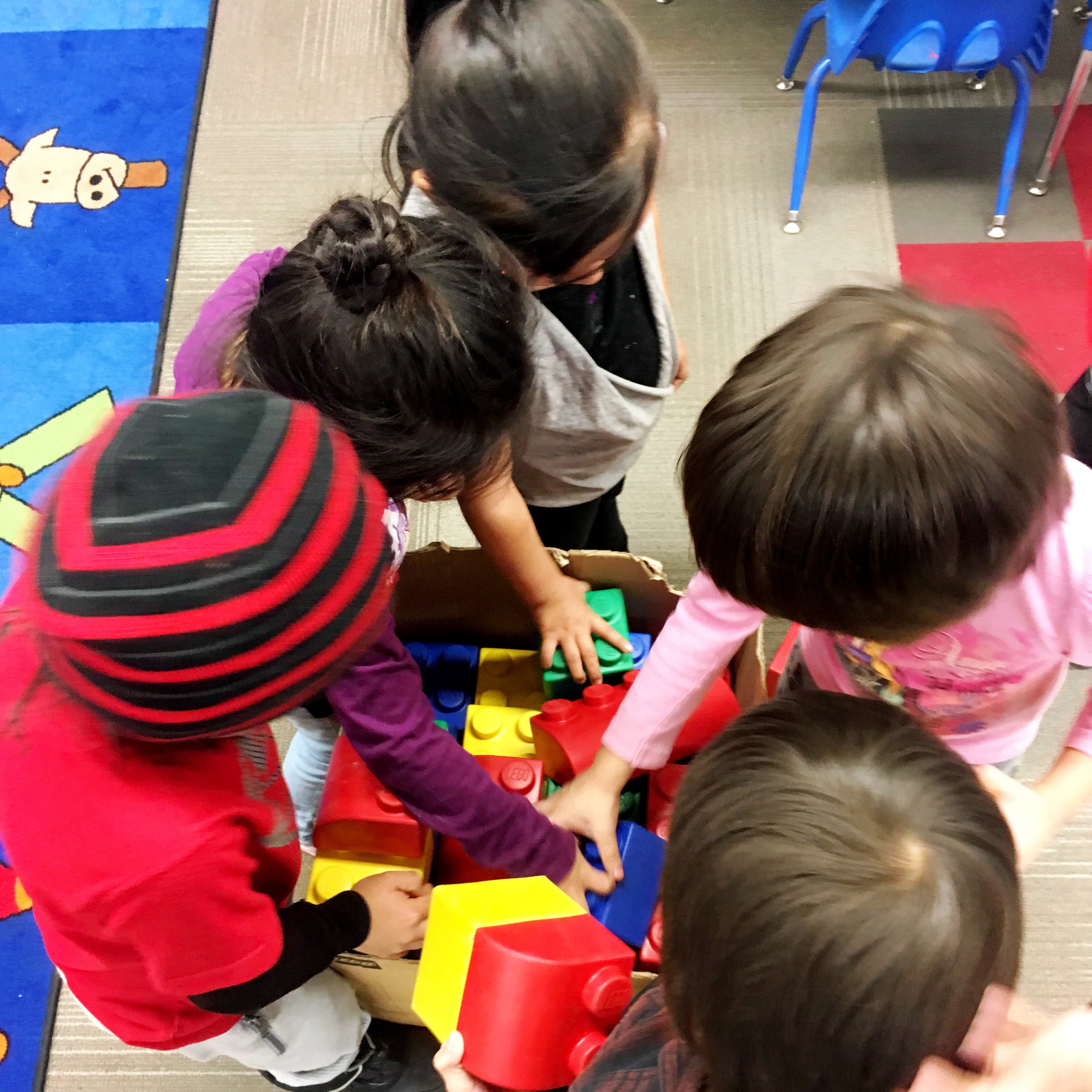 Teaching Kindergarten is not for everyone. Four and five year old children are at the very beginning of their academic journeys and can be a lot to handle. They’re just beginning to build their skill sets. With the right person teaching them, however, they can make massive leaps in social as well as academic skill levels.

Teach For Canada teacher Kurtis Hansen did not intend to teach Kindergarten. Originally looking for a position teaching older children, he took a leap and accepted the only open position at Pegamigaabo Elementary School in Big Grassy River First Nation in the middle of the school year in the fall of 2016. It couldn’t have worked out better for everyone involved. 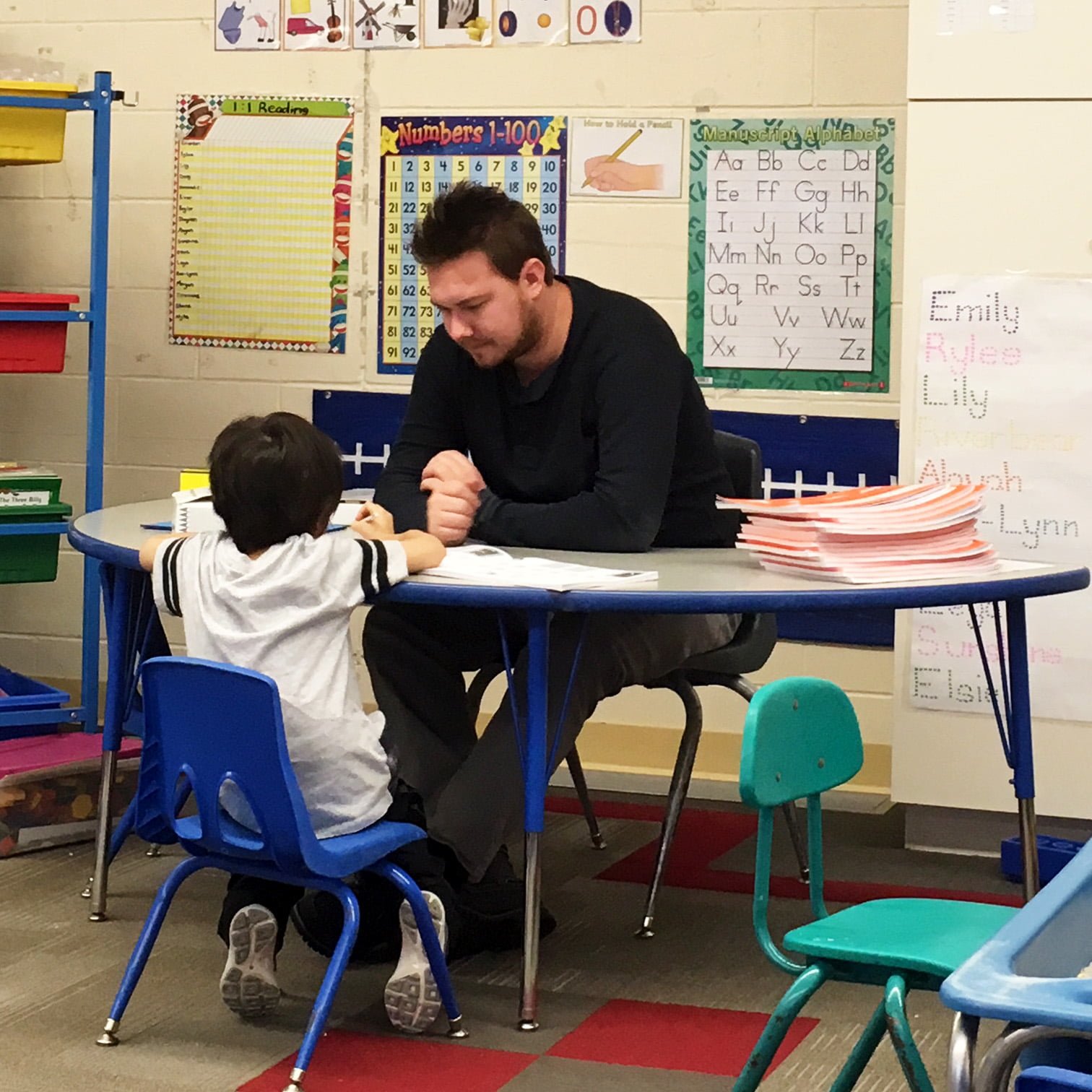 Kurtis works one-on-one with a student

One reason for this success is that Kurtis sets very high standards for himself and his students. His level of preparation is inspiring. He stays several steps ahead of his lesson plan. While the students are working on one thing, the next two are already prepared and waiting. It’s wonderful to see Kurtis and the education assistant, Kim, work in constant coordination. They have their preparation routines down to a science. 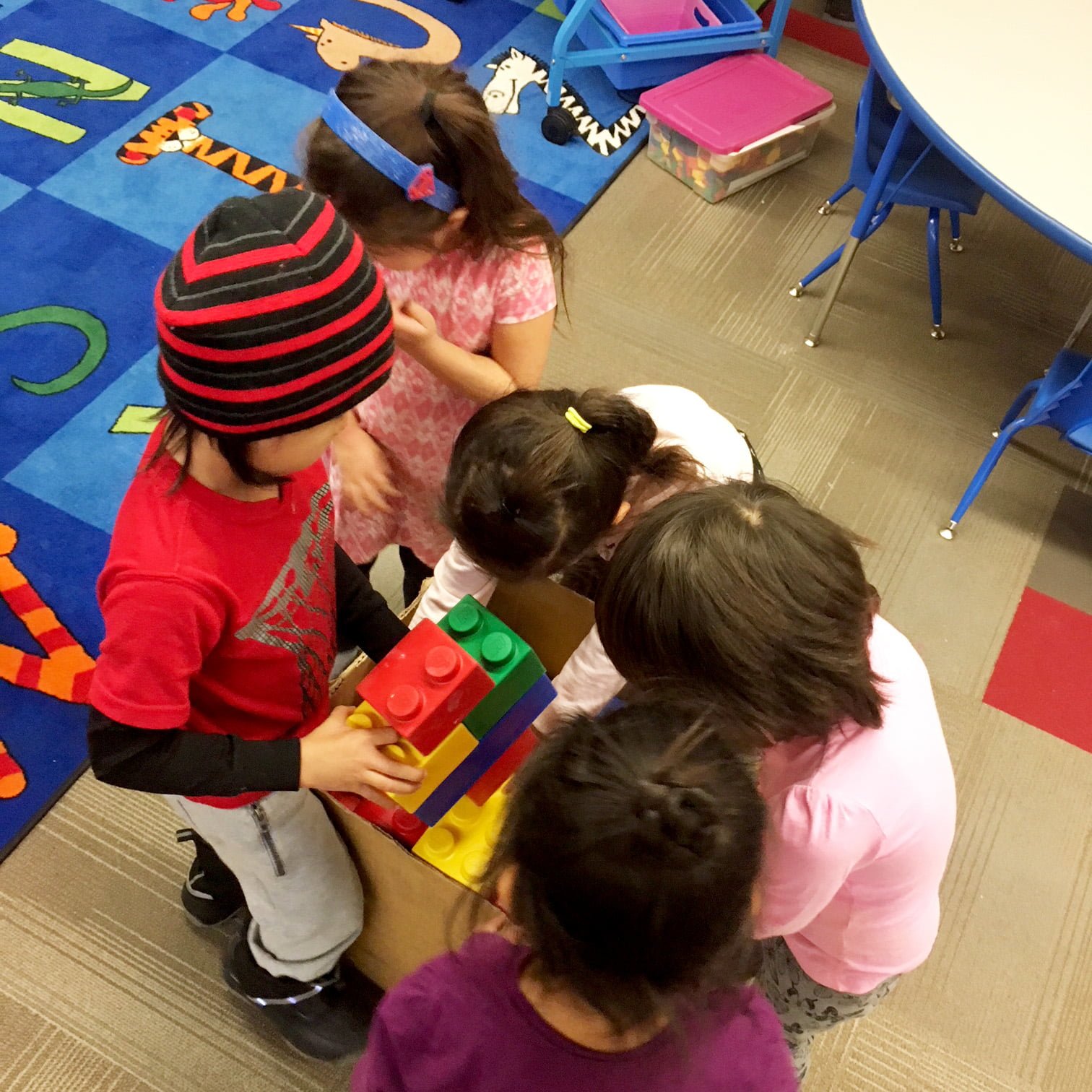 Kurtis recognizes the value of play, but won’t give up his learning goals for his students. So they play. They play all the time. But everything they do has learning objectives. Art sessions include socialization outcomes as well as shape recognition. Letters to Santa at Christmastime are highly individualized to encourage each student to make progress on his or her skills. Some are able to write some of the words, others trace letters. Everyone works according to his or her level and grows. 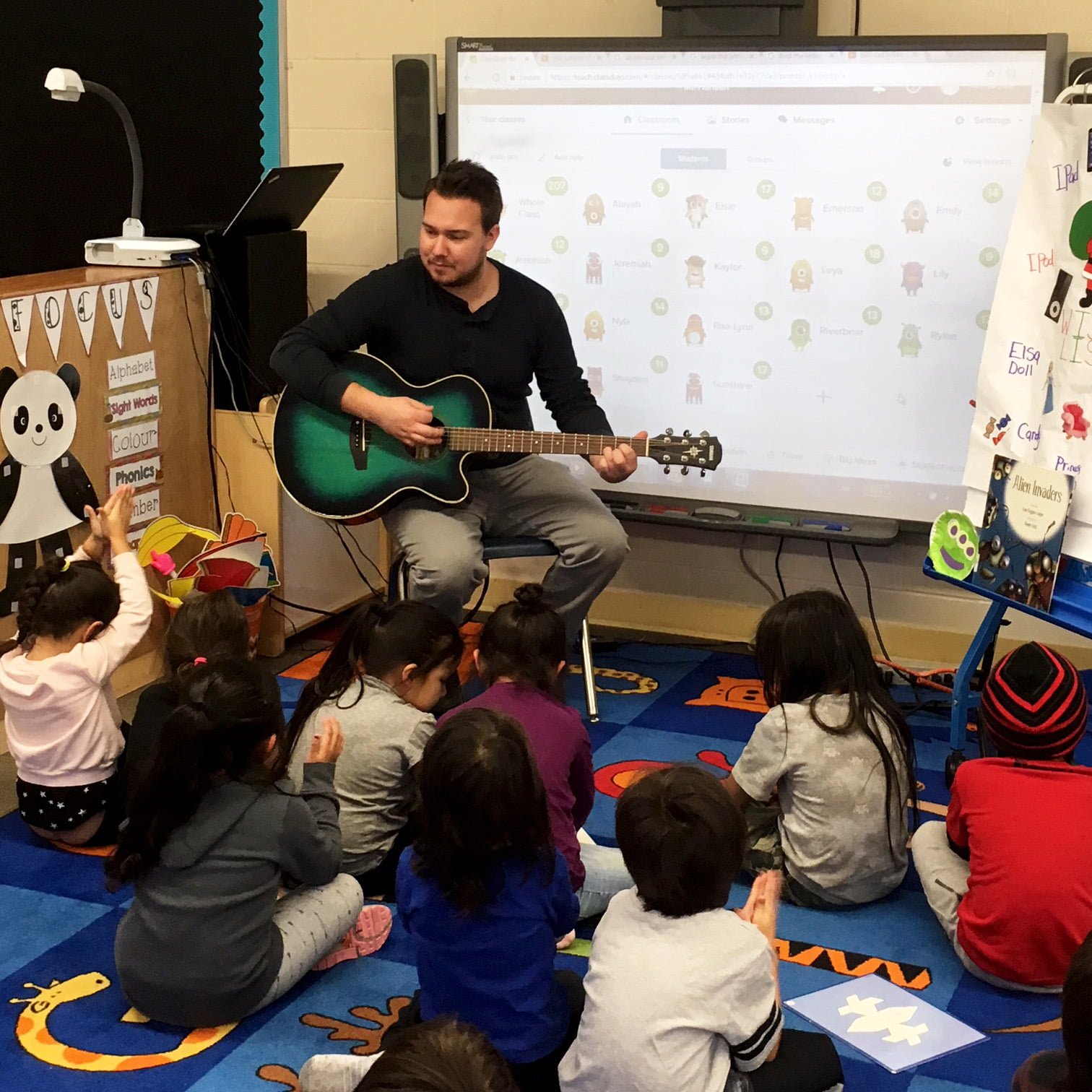 Kurtis plays the guitar to help with transitions

Transitions are one of the most difficult challenges at this age. Any parent who has to tell their four year old that it’s time to leave the park or put down their colouring knows that kids that age struggle with going from one activity to another. Kurtis certainly knows this challenge. But he has solutions. Transition songs, cues, and positive reinforcement for those who shift from one learning activity to another quickly, all work well in his class. His station-based learning methods make these transitions go smoothly and the children benefit from his firm schedule.

It’s a pleasure watching Kurtis, Kim, and the Kindergarten students engage with their work.

At times it almost feels like a children’s educational program on television as Kurtis sings the students through a lesson or through a transition to the next activity.

One thing is for certain, the Kindergarten students in Pegamigaabo Elementary School are learning from a gifted teacher.