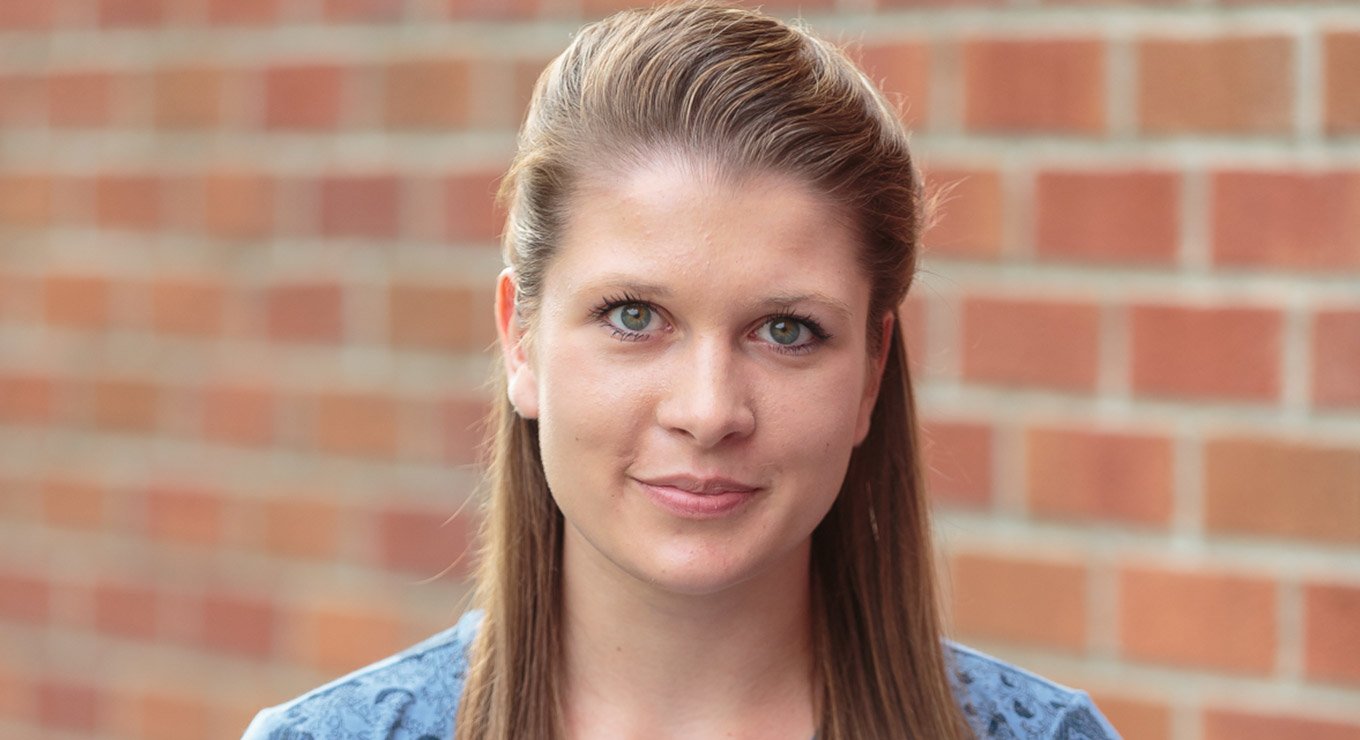 Reanne Lucek has been teaching Kindergarten at Morris Thomas Memorial Christian School in Whitefish Bay, Lac Seul First Nation, since September 2015. Reanne graduated from the combined Wilfred Laurier University and Nipissing University Concurrent Education program. She is originally from Lynden, Ontario. Reanne is going back to school in September to pursue a Masters of Social and Cultural Context in Education at Brock University.

When Reanne Lucek looks out of the window of her teacherage, she sees kids climbing, swinging, sliding, and having endless fun.

It is a new sight, one that fills her with pride, as it is the fruit of two years of persistence and hard work.

When Reanne Lucek arrived in Whitefish Bay to teach Kindergarten at Morris Thomas Memorial Christian School in the fall of 2015, she was struck by the single red slide that made up the play area for students at her school. While there had been a playground in the past, all that remained was the slide. “The kids would use the slide like crazy because it was the only structure,” remembers Reanne.

Soon after starting the school year, Reanne was discussing the lack of a playground with her colleagues, primary teacher Charles Dollin and principal and intermediate teacher, Pam Capay. Together, they decided that the children in their community deserved a full playground, and they set about making it happen.

A bit of research revealed that Winnipeg-based company Playgrounds R Us offered two options: the purchase and construction of a playground for $45,000 or the structure and support of two supervisors for half the price. Reanne, Charles and Pam opted for the second option, which meant they had to find the labour and machinery to put the structure together.

Nearly two years of tireless fundraising and planning ensued. Countless taco bags and baked goods were sold at fundraisers. Letters were sent to elected officials and political bodies to get support. A video was produced to raise awareness, both inside and outside the community, and encourage people to give.

Reanne and her co-conspirators also discovered the complexities of building such a structure. “It was complicated and a lot of work to figure out where to get equipment. We were asking questions like where to find an augur, things we’d never even talked about in our lives!”

With the help of Whitefish Bay councillor and parent, Wade Bull, and Lac Seul Chief and Council, the teachers found the equipment they needed and were connected with people in the community who could help with the construction.

In early June, the end goal was near: the funds were raised, the playground was on its way, the volunteers were mobilised. On Thursday, June 6th, the school staff were joined by community members Eddy Botham and Eric Ackewance to start putting together the pieces. Reanne’s parents, Nick and Beverly Lucek, who had supported her throughout the process, travelled to Lac Seul First Nation to help with the construction. Reanne’s partner, Zackery Watts, also rolled up his sleeves.

The volunteers split into two teams: one took care of digging and levelling, the other put together the structure. “Everything was pieced together like a puzzle,” explains Reanne.

It was a long tiring day of work, followed by several more hours of work the next day, but late Friday night, Reanne was able to inform the kids and parents of Whitefish Bay that the playground would be open on the weekend. It was an instant success.

“The kids just love it. They ask me when recess is going to be as soon as they get to school; all they want to do is play outside. Even the big kids. You’d think they wouldn’t enjoy it, but even they are on the swings and the structure.”

The playground is also popular in the evenings, with many parents taking their kids out to play. “It’s so nice to see families bonding. The parents sit on the swings while the kids are climbing on the structure.”

As her time in Whitefish Bay draws to a close, the completion of this project makes it a little bit easier for the Kindergarten teacher to leave the community that has come to feel like home.

“It makes me happy knowing that even though I’m not going to be in the community anymore, that a part of me is. Because definitely I owe this community and these children so much of myself. They have taught me so much.”

She hopes that when she returns to Whitefish Bay for a visit, the next project will be complete: a new basketball court next to the playground.