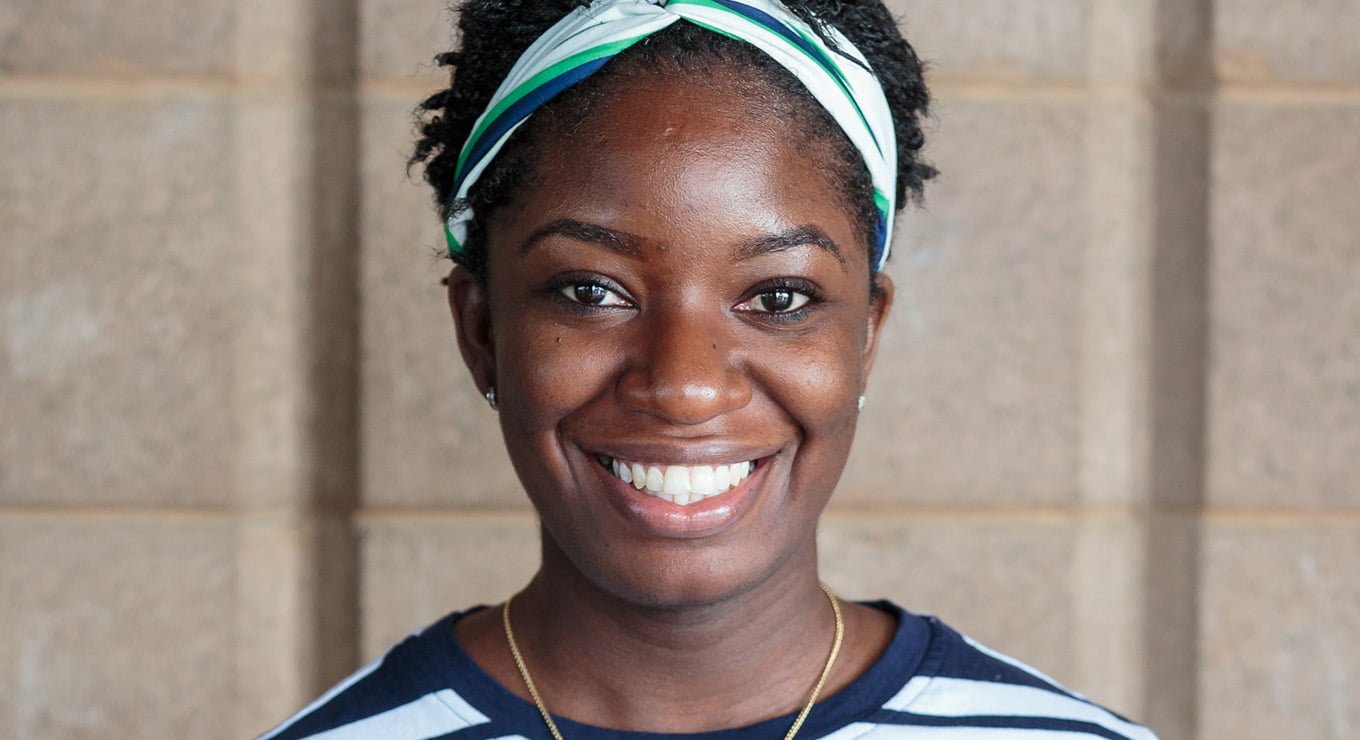 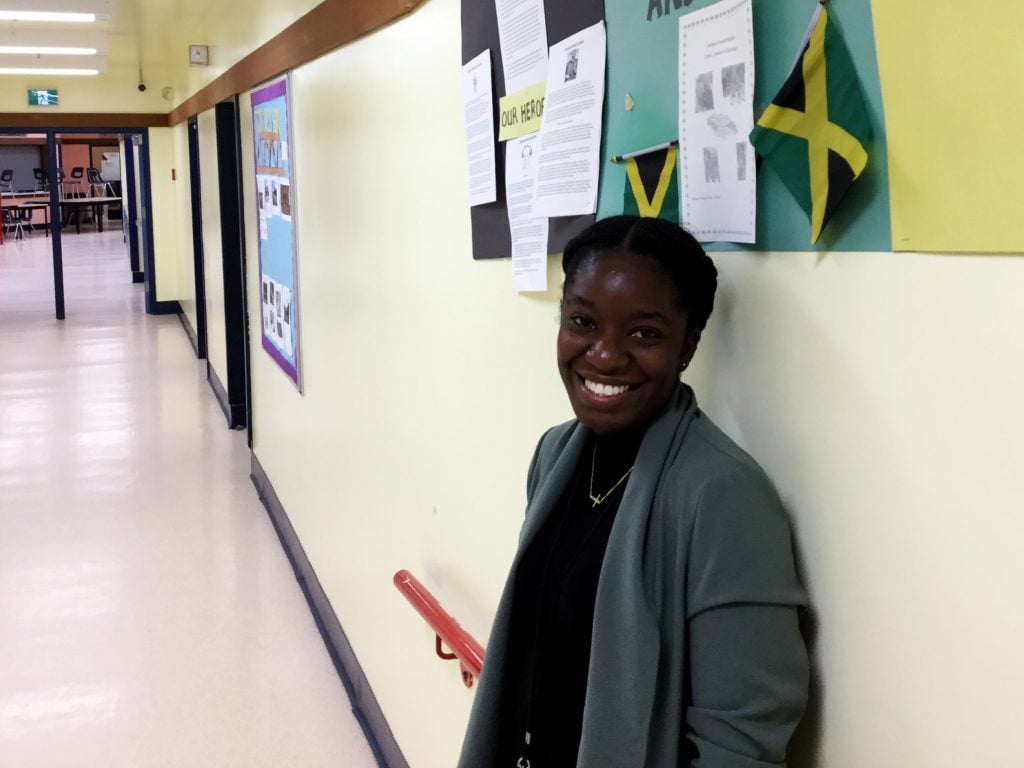 Aissa’s transformative journey to Eabametoong First Nation, a welcoming, fly-in community in northern Ontario, started when she first left her native island of Jamaica in September 2013. At the time, she was living with her parents and raising her one-year old son Tymor Junior, or “TJ” for short.

Aissa remembers her first Canadian winter storm: “It was horrible! At the time I was staying in Brampton and working at Winners, and I was on the closing shift. It was around 10pm, and when I went outside, it was like an ice rink. I wanted to cry”. 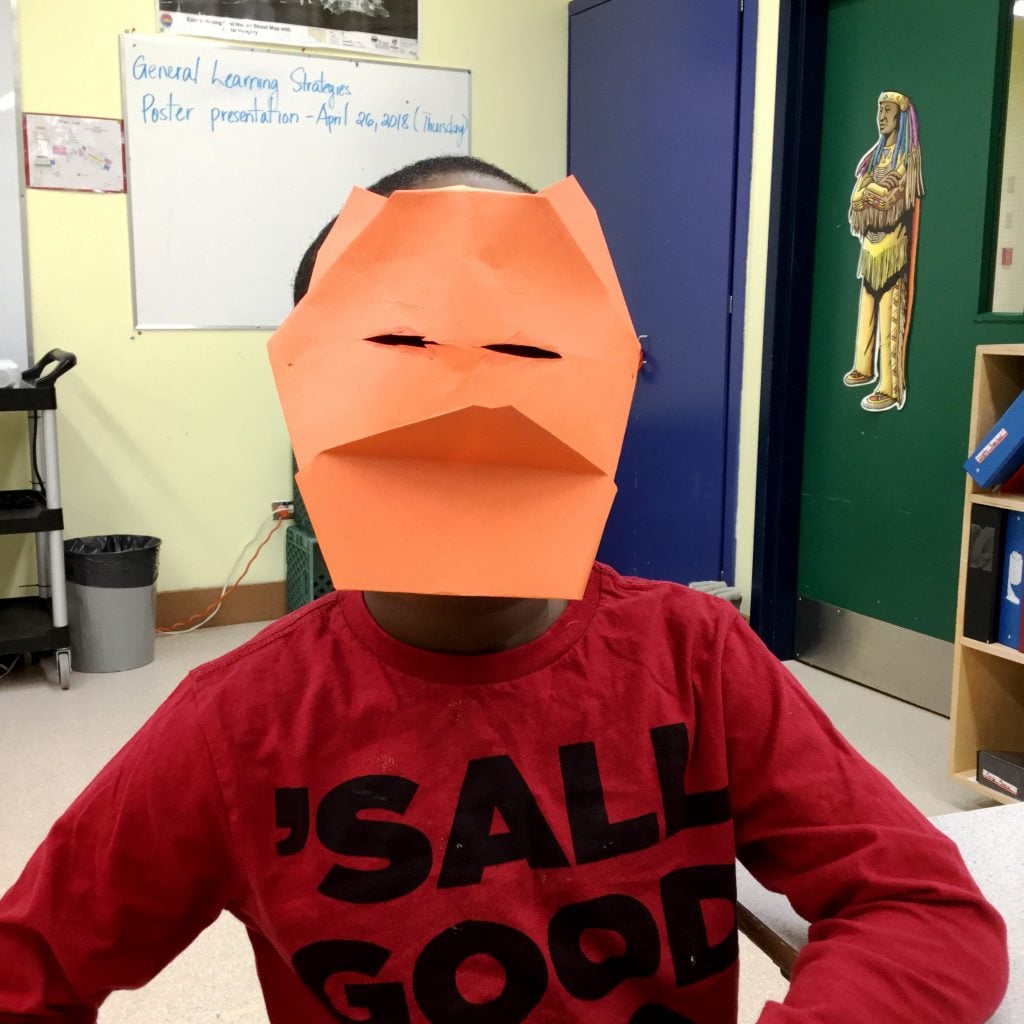 TJ plays around in Eabametoong

TJ, now six years old, remembers a particularly bad storm during his third Canadian winter. He stated matter-of-factly: “I really want to go back to Jamaica now.” However, they both toughed it out, and another winter passed. Aissa soon began tutoring during her free time from a call-centre job. She landed a private school teaching position for new English language learners in March 2016. Eventually, she found out about Teach For Canada through her sister (also a teacher, now teaching with the Toronto District School Board), who told her to apply for teaching positions in First Nations. 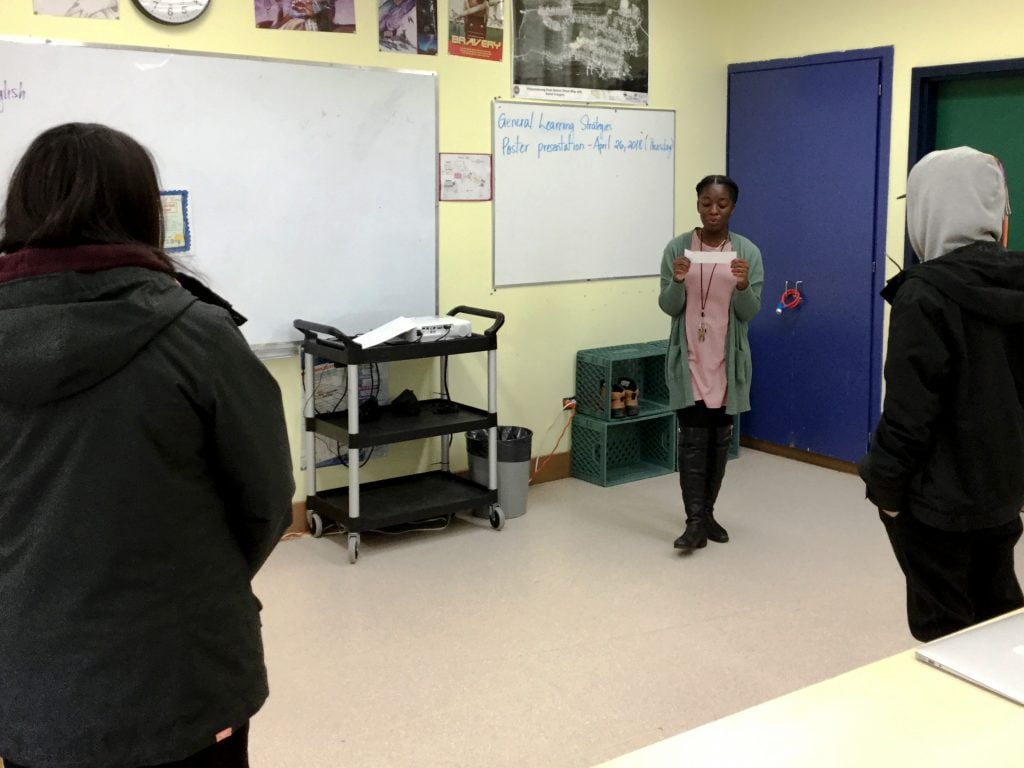 Aissa applied to Teach For Canada in March 2017 and was happily surprised to hear that she was selected for the initial interview, then the second round of interviews. While applying, she spoke with her husband about her apprehensions. “I was so anxious, so scared because I’d heard the stories about the North, and they weren’t all good. And I was worried about TJ fitting in,” Aissa confided. 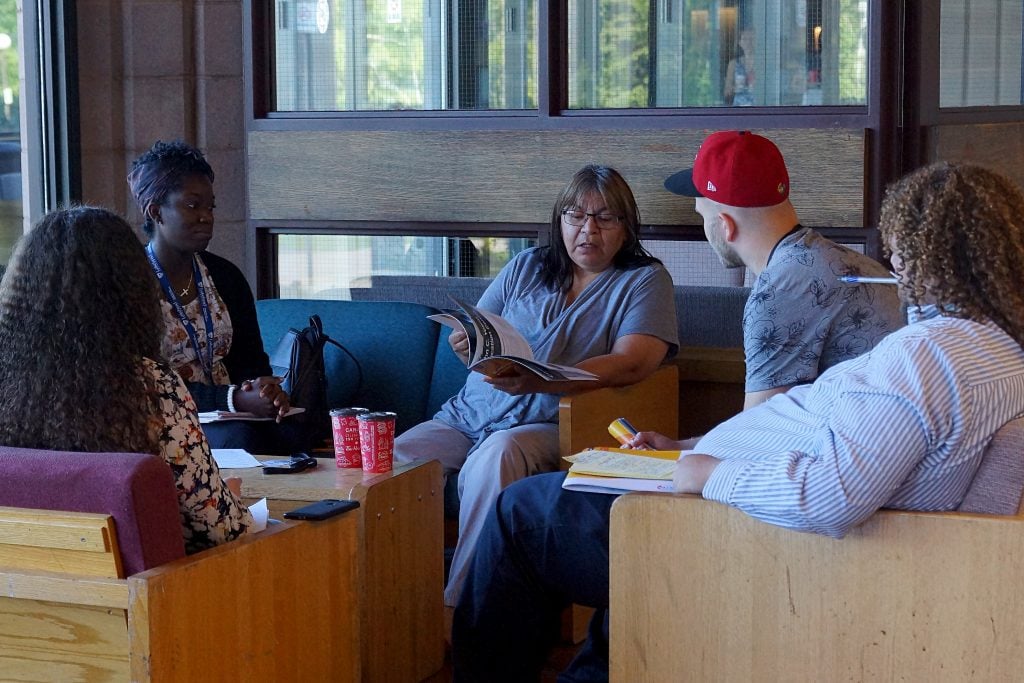 While she worried and wondered what it would be like, she also recalls turning to her faith and praying a lot to overcome her fear as she admitted to being, “Scared out of my mind.” After the Teach For Canada interviews, Aissa called the recruitment team and asked what it would be like to bring her son to the community. She was advised to call her employer, Eabametoong First Nation, directly and ask the Education Director, Nancy Waswa.

When Aissa called, she asked, “Will my son be able to go to school? Will my husband be able to work?”

Nancy was very positive and accepting of Aissa’s situation. But Aissa still hoped for more information to make such a big decision for her son. She wished she could ask other teachers who were parents in the North. She began to realize she was breaking new ground with Teach For Canada, as they didn’t have a teacher in a similar situation with whom they could connect her. This made Aissa feel both nervous and proud. 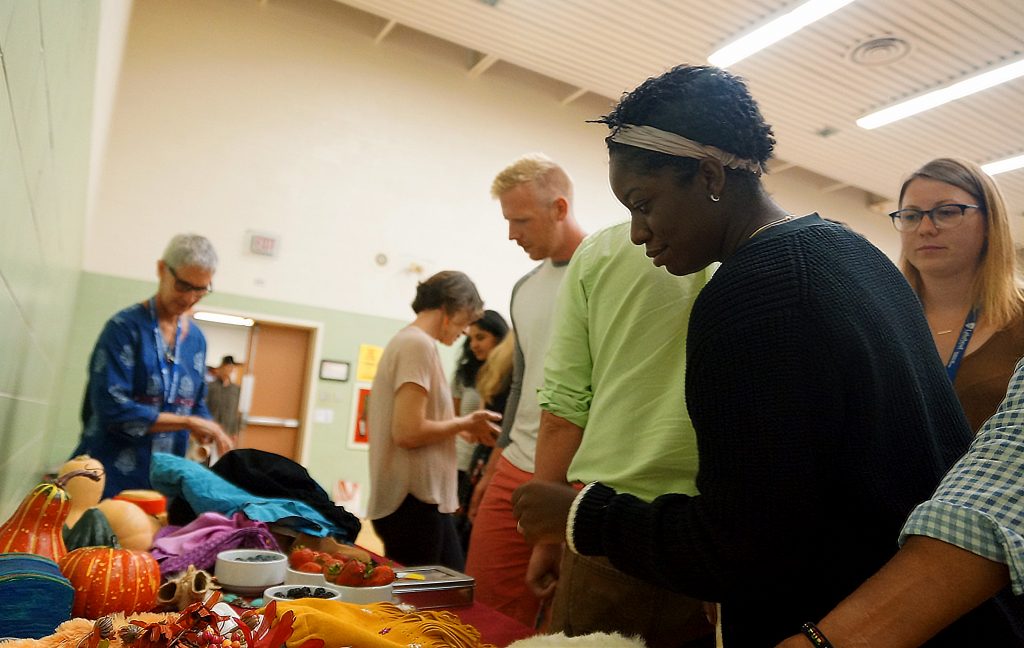 Aissa during the Blanket Exercise at the Summer Enrichment Program

At Teach For Canada’s Summer Enrichment Program, Aissa spoke to different returning teachers about her family situation. She spoke about wanting to bring her son to the community and how she was anxious about it. Many teachers were quick to offer her words of support and comfort including suggesting that she might even have an edge when building relationships in the community! Some teachers told her that community members would love TJ and understand her situation. They would no doubt have lots of questions about her son and where they were from. 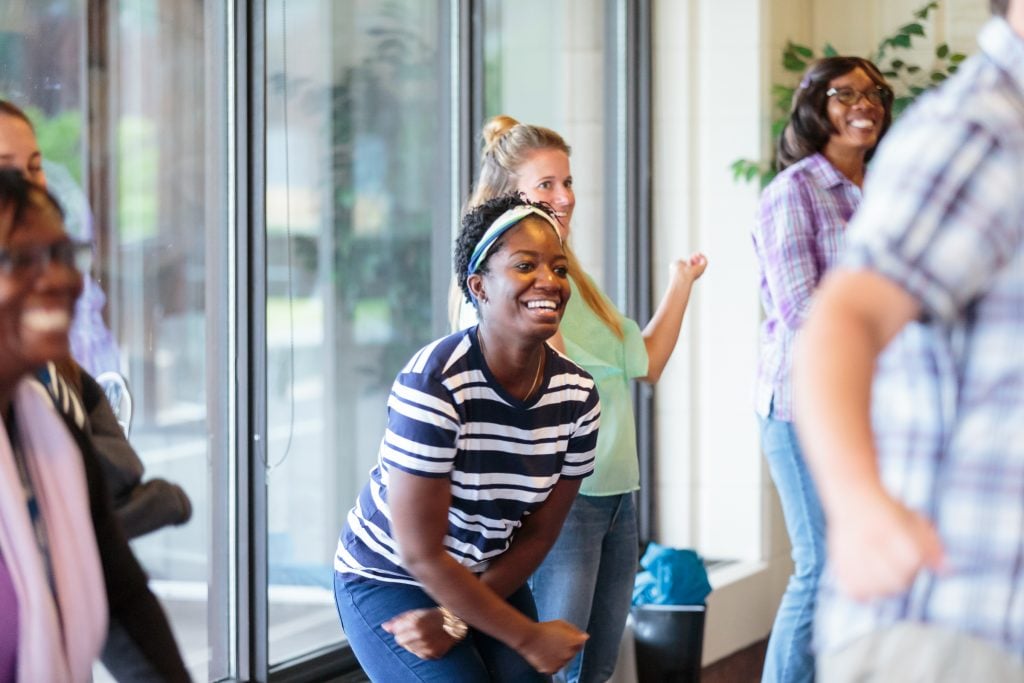 Aissa at the Summer Enrichment Program

In the end, Aissa decided to start in Eabametoong alone, a last minute decision. But once she got to Eabametoong, she quickly learned that many community members were incredibly welcoming. They kept asking when TJ and her husband were going to join her. Aissa quickly realized that Eabametoong was not so different from the community she grew up in in Jamaica: “It’s small, very homey, and everyone knows each other. Minus the snow!”

Having experienced  such a warm reception, Aissa quickly became excited to have TJ join her. Finally, her son and husband came in January. He even liked the snow and wanted to build a snowman shortly after arriving. He was really excited about the prospect of going into the grade one class. 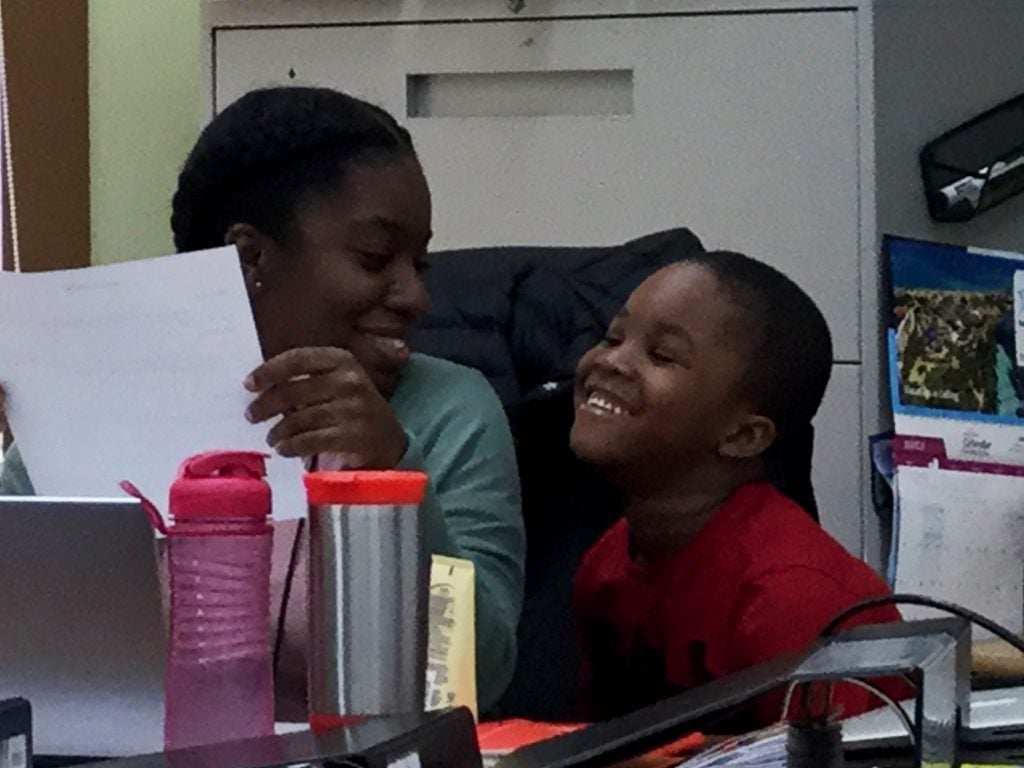 Another act of generosity confirmed Aissa’s belief in the kindness of the members of her new home community. Only a week after TJ’s arrival, he celebrated his birthday. Aissa says that’s when she realised “how amazing the people are here, as they came bearing gifts for a surprise party!”

Aissa is so happy with the support and love she has felt since her arrival. “TJ liking it here is a huge reason for staying and toughing it out despite some ups and downs,” she adds. Aissa has come to learn that where there’s great love, there’s great courage. She’s using both of these qualities to make a difference not only for her students, but for her son.