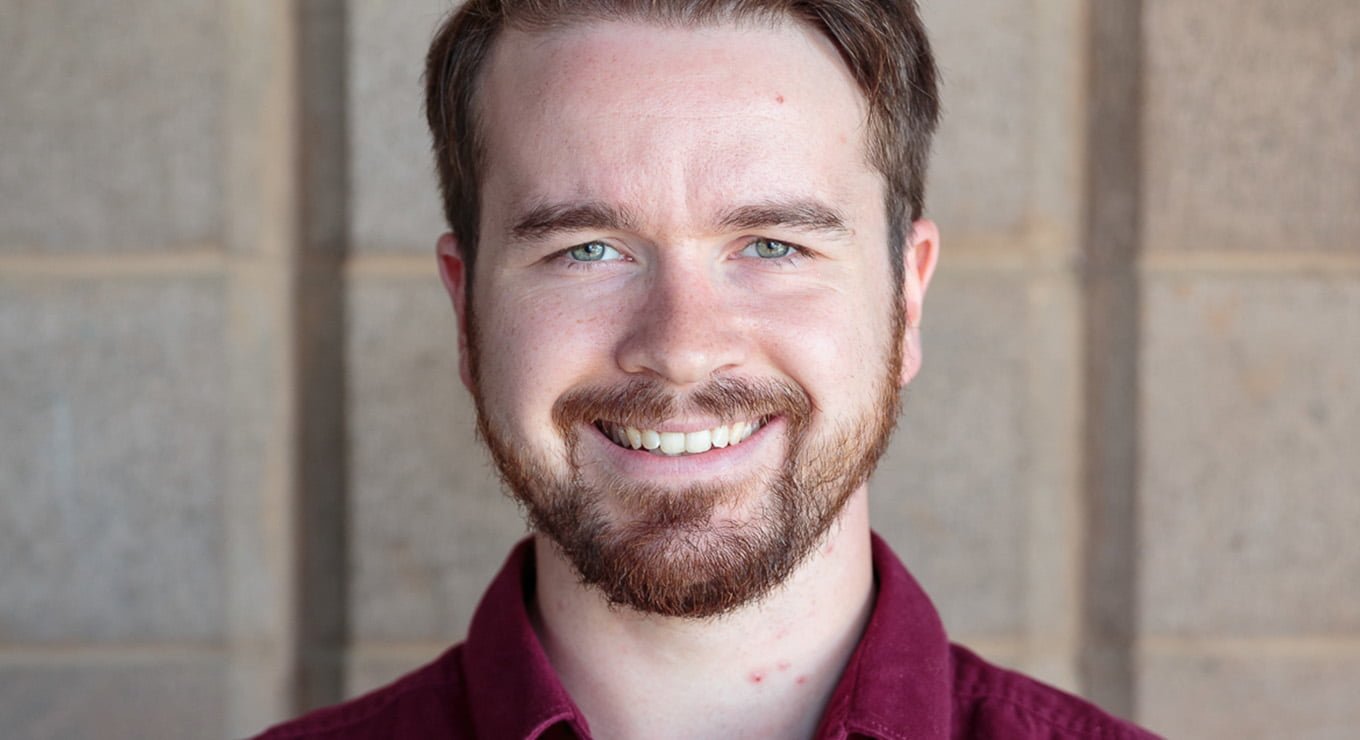 Benjamin started teaching high school English, Learning Strategies, and Physical Education in Keewaywin First Nation in September 2016 with Keewaytinook Internet High School (KiHS). Originally from Ottawa, Benjamin completed his Bachelor of Arts, Honours, and his Bachelor of Education at the University of Ottawa, before going to teach in the North with Teach For Canada. 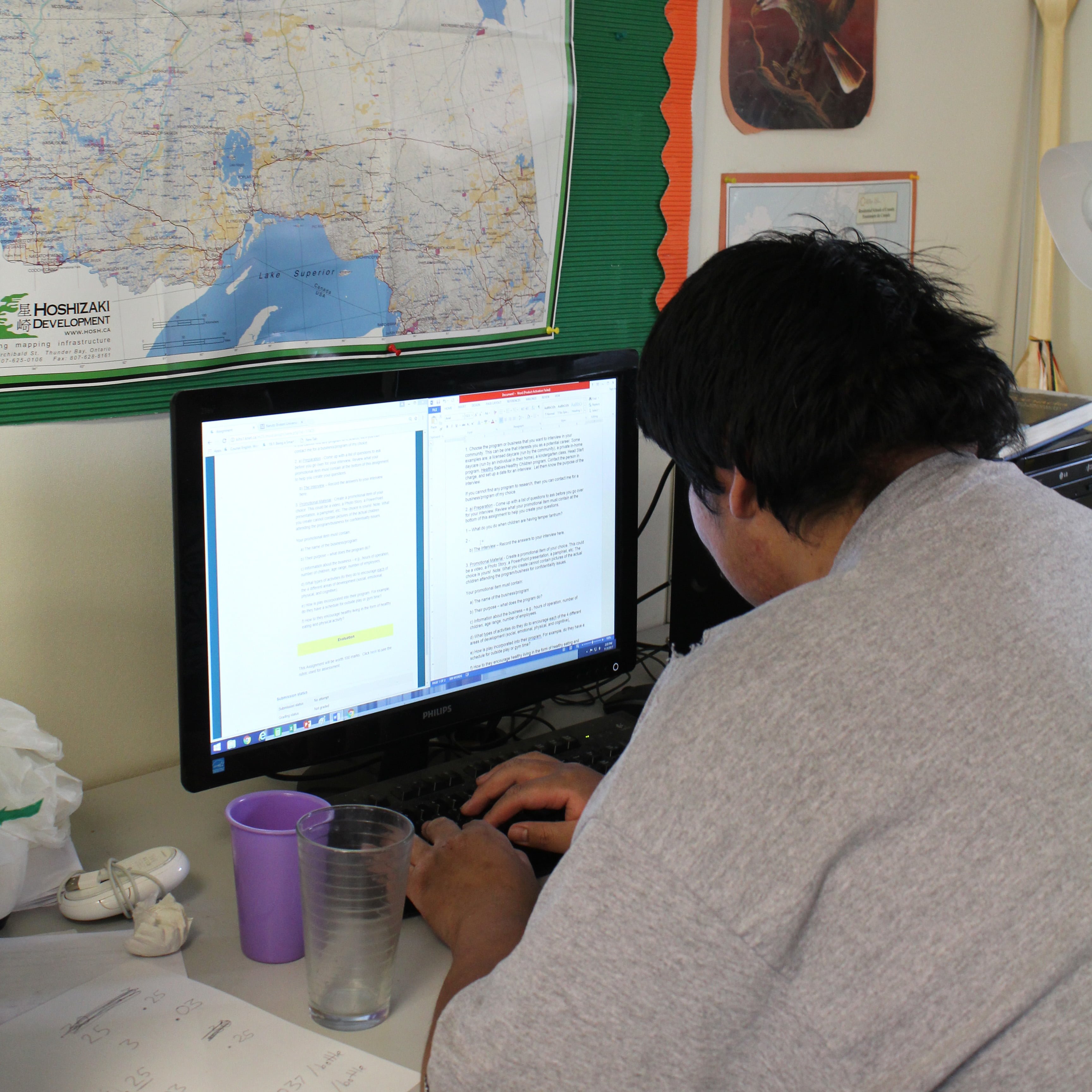 High school education in most northern First Nations differs significantly from the options that exist in the South. Many communities do not have a high school because of a lack of infrastructure, funding, and smaller populations.  Students who wish to pursue their studies after grade eight need to leave the community to go to high school in cities such as Dryden or Thunder Bay. Some First Nations, however, offer an alternative to leaving. Keewaywin First Nation is one of those communities. 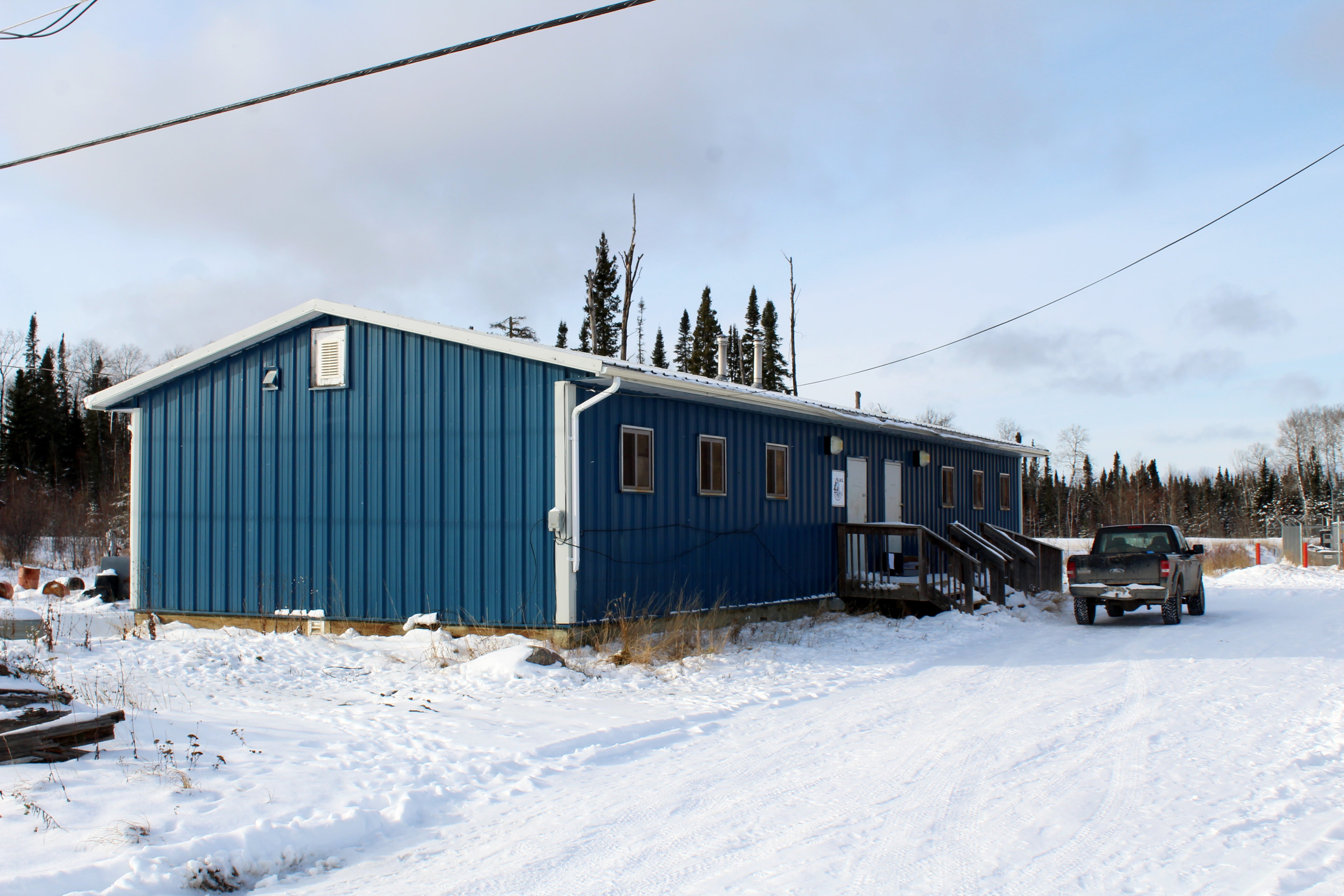 Students in Keewaywin who decide to stay at home can pursue their high school diploma through the Keewaytinook Internet High School (KiHS). Their classroom is a bright blue portable and their teacher is Benjamin Gallup. While Benjamin’s teachable subjects are English and History, he teaches a wide range of subjects, such as  math, science, and Oji-Cree to students in Keewaywin, as well as to students in other First Nations who are part of the KiHS network. He also supports his students’ learning in other topics, taught by teachers located in other First Nations. 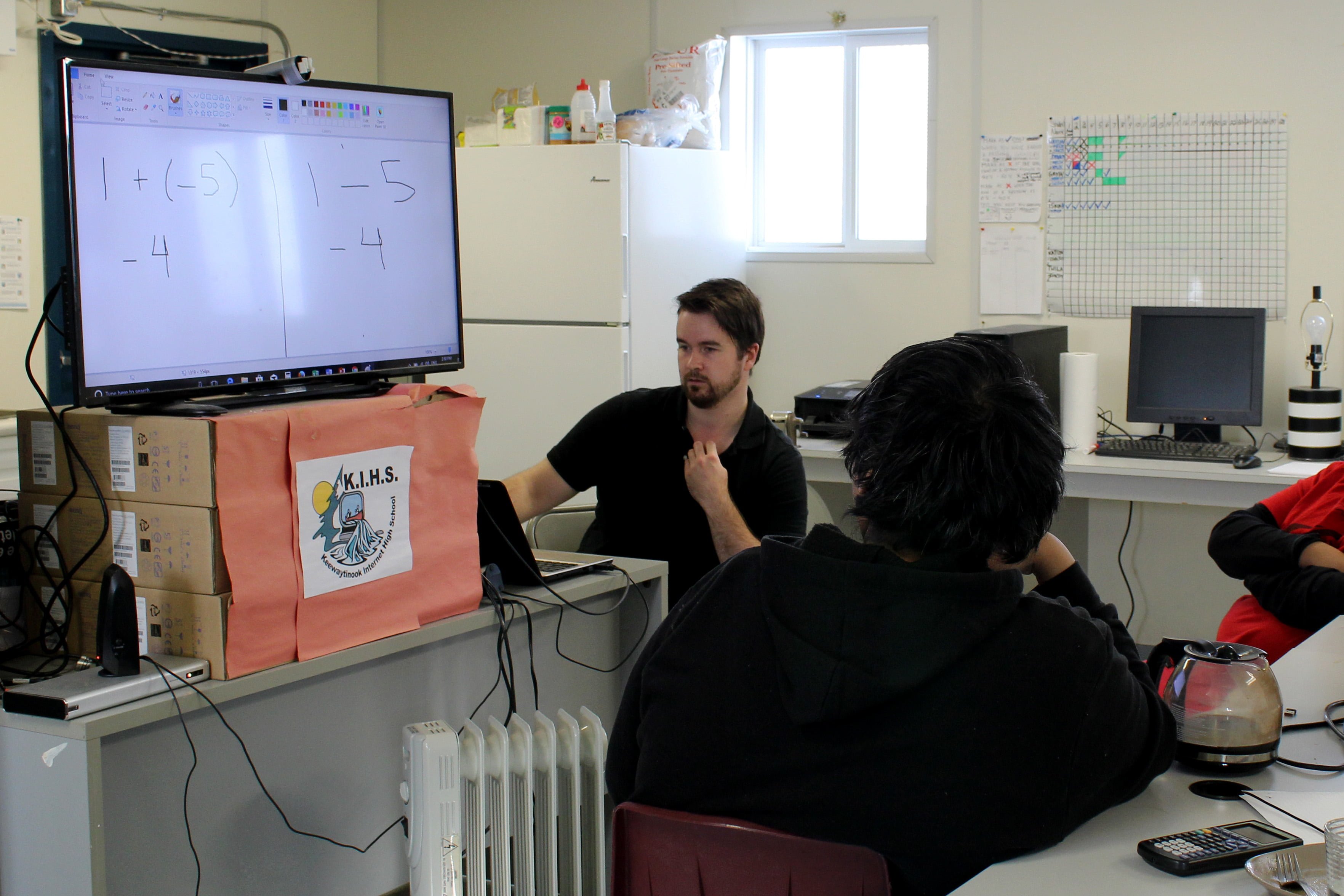 Benjamin Gallup working with two students on a math problem

A recent afternoon class illustrates the dexterity Benjamin demonstrates daily as a teacher in Keewaywin. Two of his grade 9 students were doing a math assignment, given to them by a teacher located in another fly-in First Nation. To make sure the assignment was completed, Benjamin offered them some assistance. He patiently worked through math questions on a computer, hooked up to the class television. Step-by-step, the two math students reasoned out loud as they solved the problem. The practice questions completed, they returned to their seats to complete their math assignment. Meanwhile, his five other students were working on other assignments. 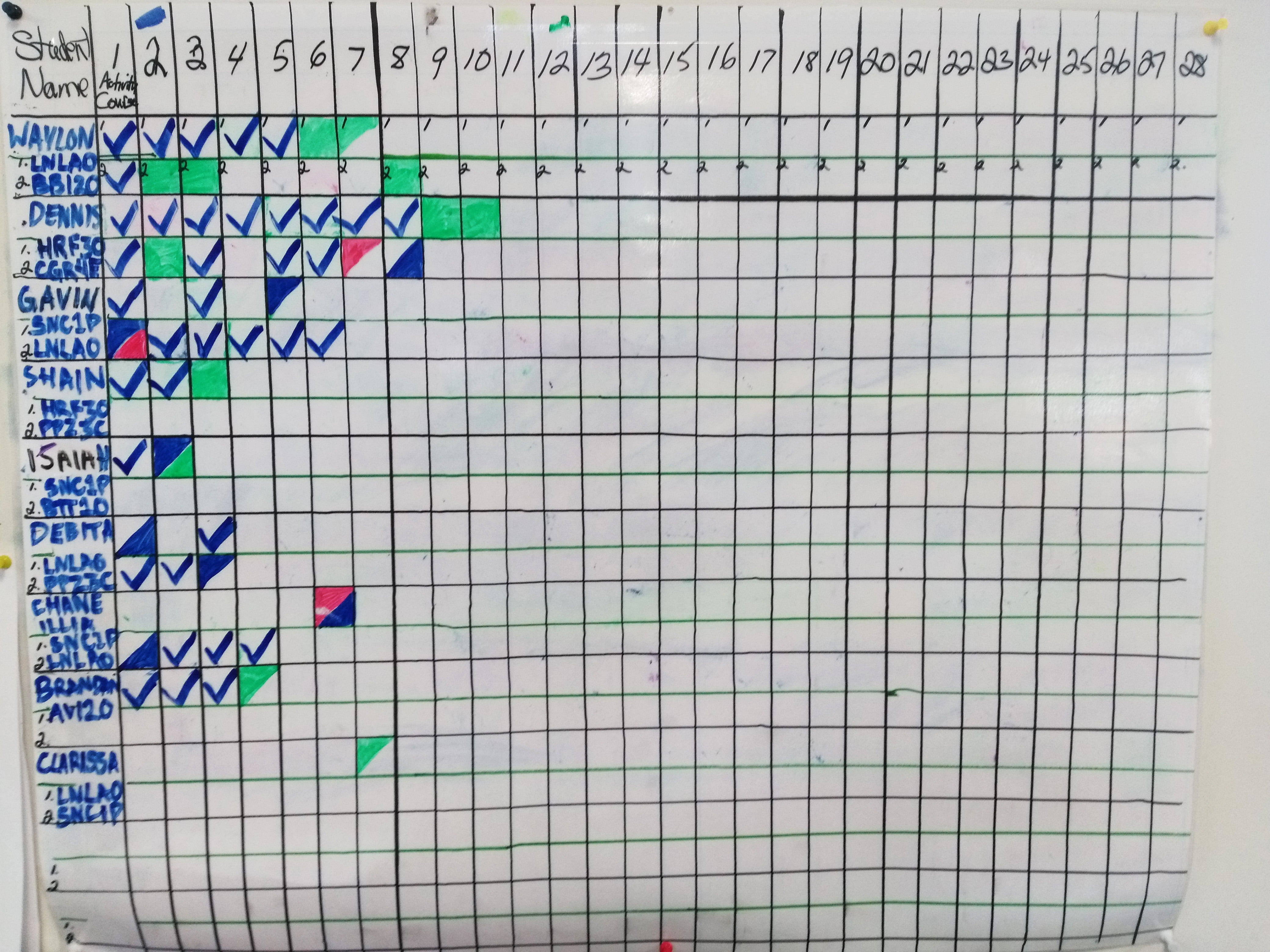 Benjamin works hard to ensure that his students remain healthy, motivated, and on task in their course work. On the wall, he has made a chart with students’ names and the due dates for their various assignments. Benjamin has created a legend to allow students to track their progress.  “[KiHS] doesn’t require it but I find it very useful as a means of tracking student progress and I’ve had students tell me they find the visual reminder helpful,” he explains. Students regularly refer to the chart to see what assignment they need to finish or which they should get started. 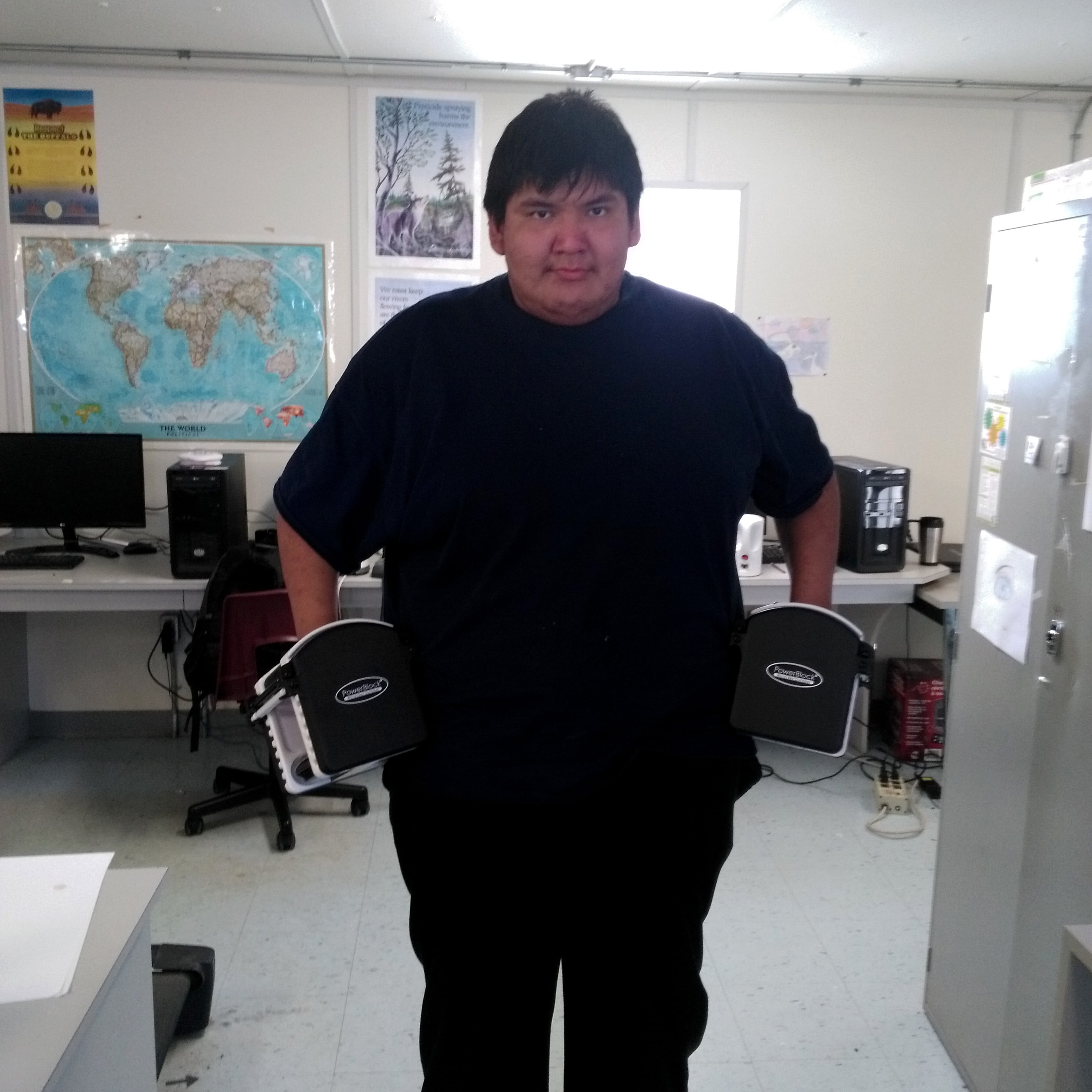 Students regularly use the weights Benjamin got for his class

There is also a treadmill in the portable. Benjamin explains that during his first year of teaching, he was running outside when a community member pulled up next to him and offered him a treadmill. He decided this would be a great addition for his classroom. He also got some weights for students. The exercise equipment has proven successful: “Students started using the treadmill almost immediately. I’ve coached students in proper and safe use of the sports equipment as an extracurricular,” says Benjamin.

Benjamin has surmounted a number of challenges in his role, including the wide range of tasks and responsibilities that are expected of him. As a teacher, he did not expect to be assisting students with choosing their grade 9 courses. “In provincial schools, a guidance counselor would do that, but here I am that person” shares Benjamin. But he is grateful for everything he has experienced and learned since he first moved to Keewaywin a year and a half ago. He also appreciates the support KiHS provides, including the internet high school’s Land Based Learning teacher Dylan MacDonnell (a Teach For Canada alumni), who came to Benjamin’s class to do land based activities with his students.

Benjamin’s greatest accomplishment is the mutual respect he has fostered with his students.

One student beamed with pride when sharing that he was on track to graduate and obtain his high school diploma in June.

With equal pride, Benjamin confirmed that the student had worked incredibly hard to complete his courses on time in order to graduate. 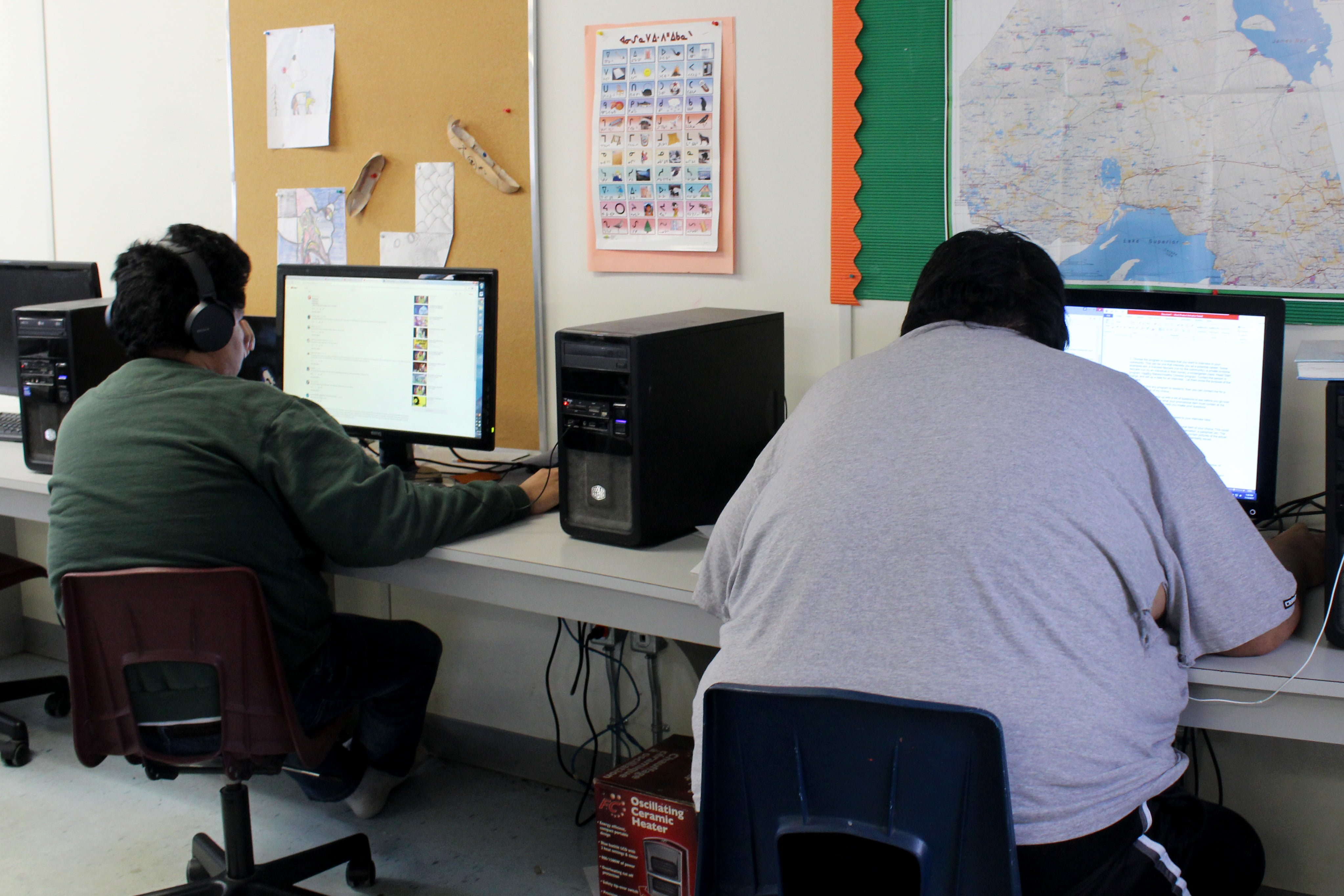 Distance high school education wasn’t exactly the experience Benjamin had expected when he decided to go North to teach. But Benjamin has responded to each surprise with resilience, flexibility, and an innovative spirit. While the role and the classroom may not be conventional, Benjamin has proven himself to be a model high school teacher.