Erika Beadle taught grade 1 and grade 1/2 in Kejick Bay and Frenchman’s Head, Lac Seul First Nation, from 2015 to 2017. After one year of teaching in a childcare centre in Saskatoon, she is once again teaching in Frenchman’s Head. Erika completed a Bachelor of Arts at the University of Western Ontario and a Bachelor of Education at Nipissing University. She is originally from Beachville, ON. 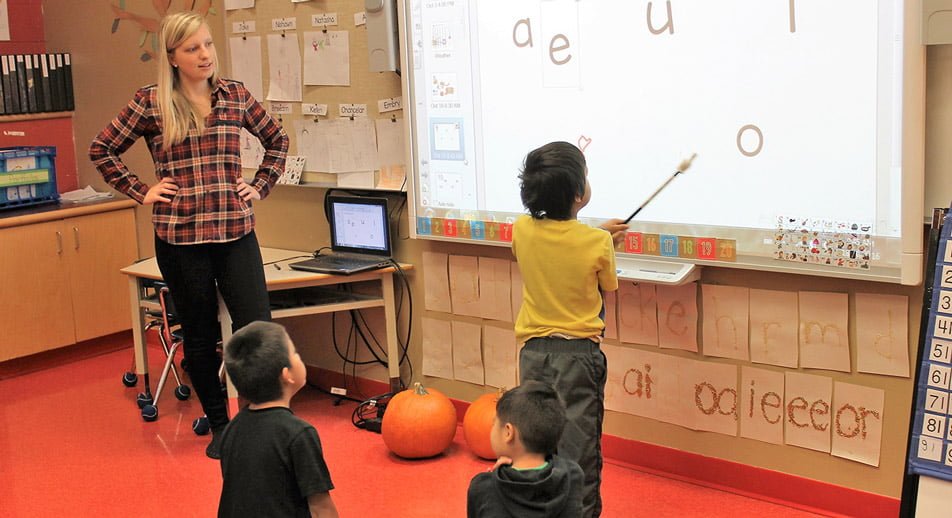 Teach For Canada Alumni, Erika Beadle, completed her two-year teaching commitment in Lac Seul First Nation in June 2017. While she and her husband, fellow teacher Joel Beadle, had loved their time in Lac Seul, he had decided to go back to school. Joel was accepted into the University of Saskatchewan to pursue a Master of Science in Biology. This was an uncertain time for Erika as she loved her primary teaching position in Lac Seul, but she knew this was a great opportunity to gain experience elsewhere while supporting her husband in his post-secondary education. 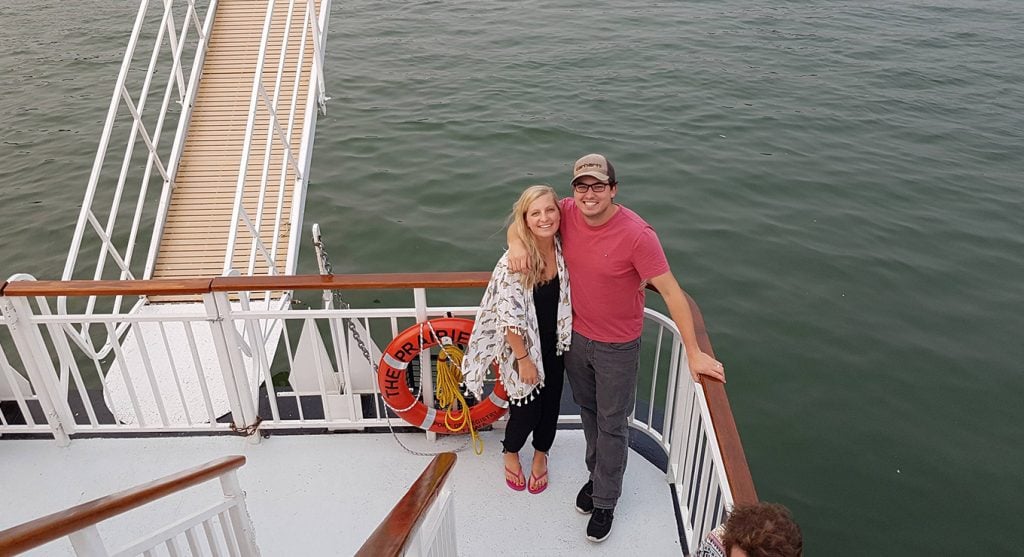 So in August 2017, they drove west and settled in Saskatoon, Saskatchewan, a province they had never even visited before. Erika reflected on this experience saying, “We felt more lonely and isolated than we ever had in Lac Seul First Nation. I recall saying to Joel ‘I wonder if our landlord will invite us over for a BBQ?’”. They never did get an invitation. What is more, their neighbours rarely even said ‘hello’. Erika found it hard to live in the big city, sharing a condo building with hundreds of people who didn’t seem to have time for pleasantries. 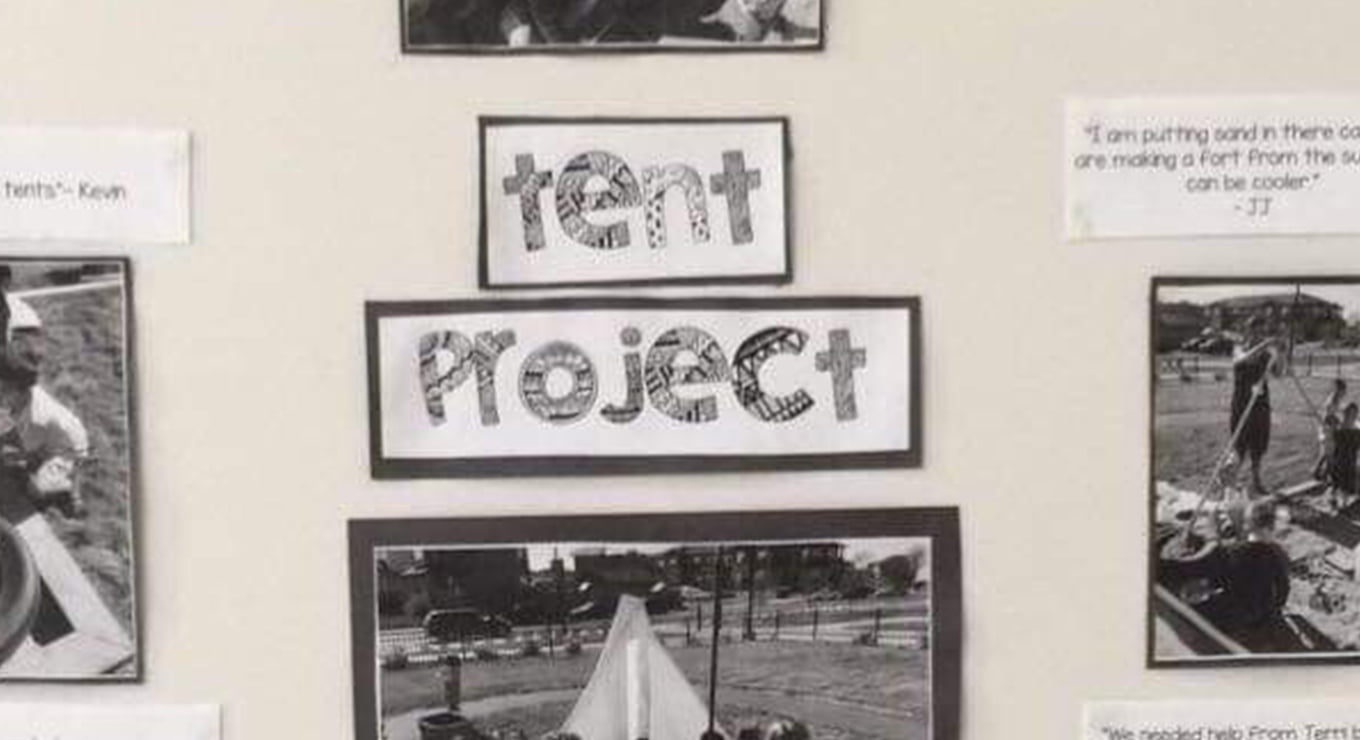 Erika started working in a childcare centre in Saskatoon, where she learned cutting edge teaching techniques

Erika did, however, find a job and a working environment she enjoyed. She was hired by a childcare centre in Saskatoon. She discovered how different early learning is between provinces in Canada. In Saskatchewan, Kindergarten students go to school for half-days and go to childcare for the other half (the equivalent of Ontario’s preschool system).

Because they are teaching Kindergarten-aged children, childcare centres implement many cutting edge teaching techniques including project-based, play-based, and inquiry-based learning. Erika learned from her colleagues at the centre about these approaches and particularly benefited from learning about these teaching strategies in a different setting. The students and staff at the centre were welcoming and she really enjoyed working there. 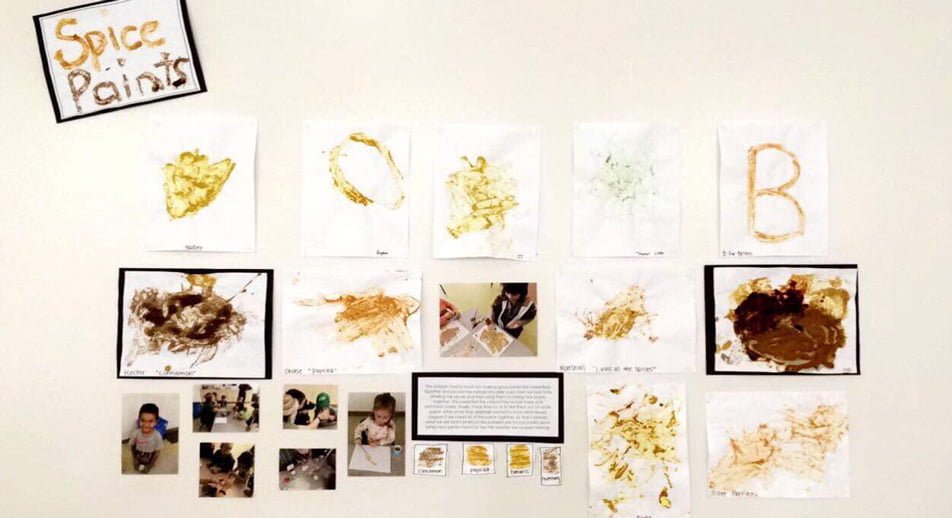 Erika implemented inquiry-based learning activities in the childcare classroom, like painting with spice

But still, something was missing.

By the end of that year, Erika started wondering what was next for them, as Joel would be finishing up his master’s degree the following spring. Erika’s soul-searching coincided with a visit from Alisha Hill, another Teach For Canada alumni and her former colleague in Lac Seul First Nation. Alisha, now principal of one of the schools in the community, mentioned that there was a vacant teaching position. 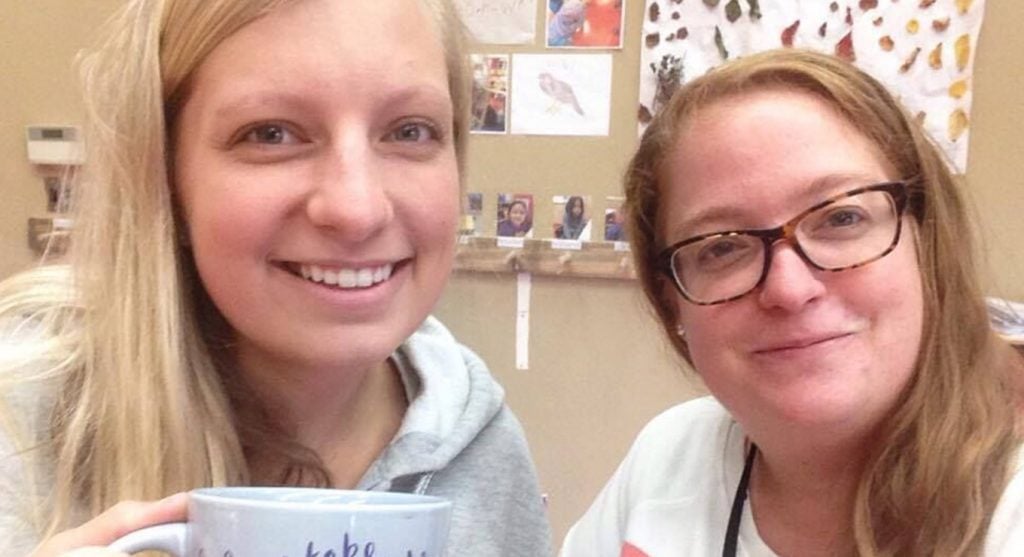 Erika with Alisha Hill (right), a Teach For Canada alumni and current principal at one of the schools in Lac Seul First Nation

Erika considered the opportunity to go back to teach in Lac Seul First Nation. The chance to go back to a community that had come to feel like home was irresistible. So in August 2018, with Joel’s help, Erika moved back to Lac Seul while her husband stayed back in Saskatoon to finish us his master’s degree. 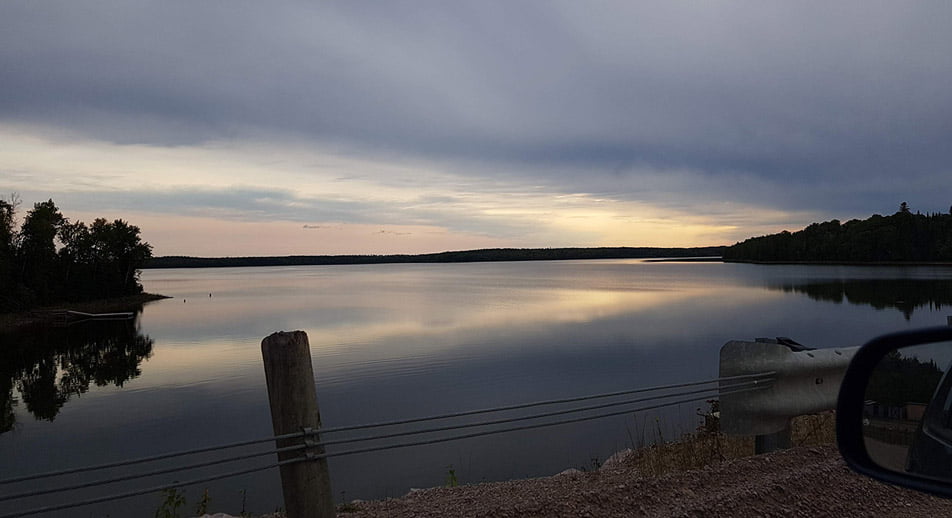 Since September, Erika has been teaching grade 1/2 in Lac Seul First Nation. She exudes confidence when she speaks about all of the new teaching strategies and ideas she is implementing in her class. She is overjoyed by the support she is getting from her Education Director, Eric Bortlis, and Principal, Kristen Ward, who encourage her and her ideas. “With all of Kristen’s special education experience, it feels like I can go to her with any question or challenge and she has great advice. I can pick her brain for hours, she is the most patient and caring person,” Erika explains. 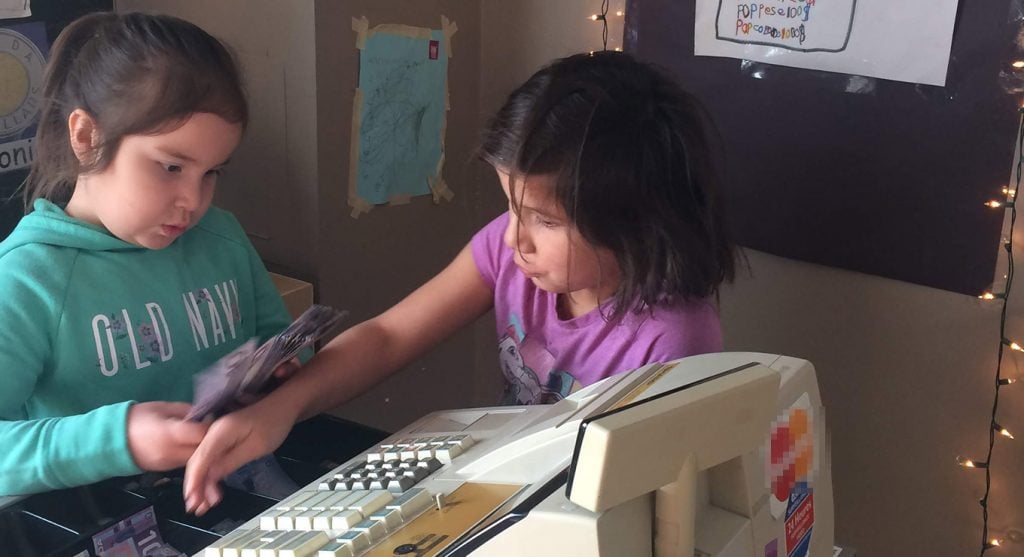 Erika is also thrilled with what she has been able to accomplish with her students. She shared a recent example:

“One afternoon our class was in the community arena when I noticed an unused cash register. I asked the arena manager if I could bring it to my class for the students to use during the school day. Before I knew it we were carrying this large cash register back to the class. Through discussion with my students, we decided what store we should have in our class to go along with the cash register,” she explained. “They voted and decided on Pizza Hut. Students are now role-playing, counting money, discussing healthy options, and learning self-regulation and cooperation.” 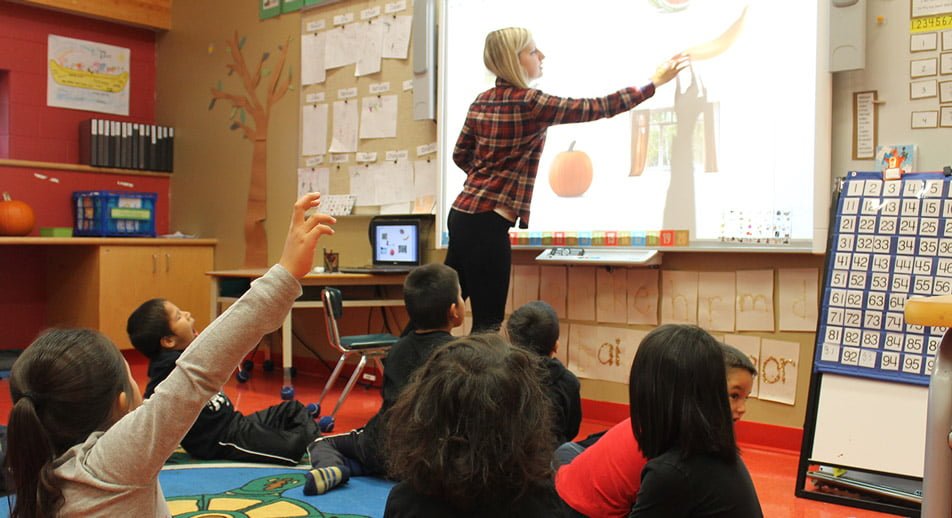 She believes that the year of teaching in Saskatoon at the childcare centre gave her cutting edge teaching techniques that she is now implementing in her current classroom in Lac Seul First Nation. She continues to learn and reflect on what is best for her students. 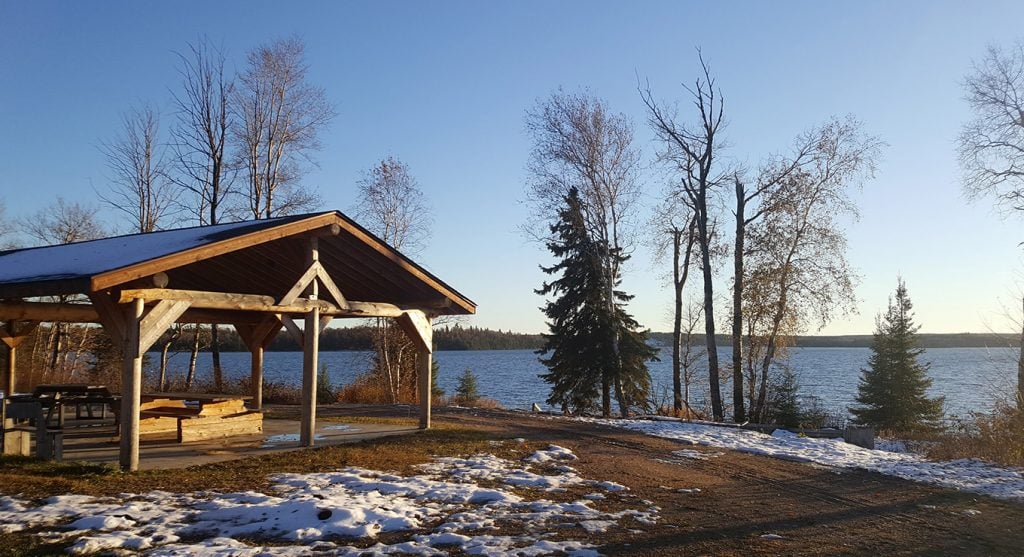 When Joel completes his master’s degree in the coming months, he hopes to also return to Northern Ontario – though in a different role. Instead of returning to the classroom, which he very much enjoyed, he hopes to work for the Ministry of Natural Resources (MNR) in Sioux Lookout and the surrounding area. Erika and Joel plan to root their lives in the North and continue their careers in the area with which they fell in love.